Do Your Parents Understand Public Relations? 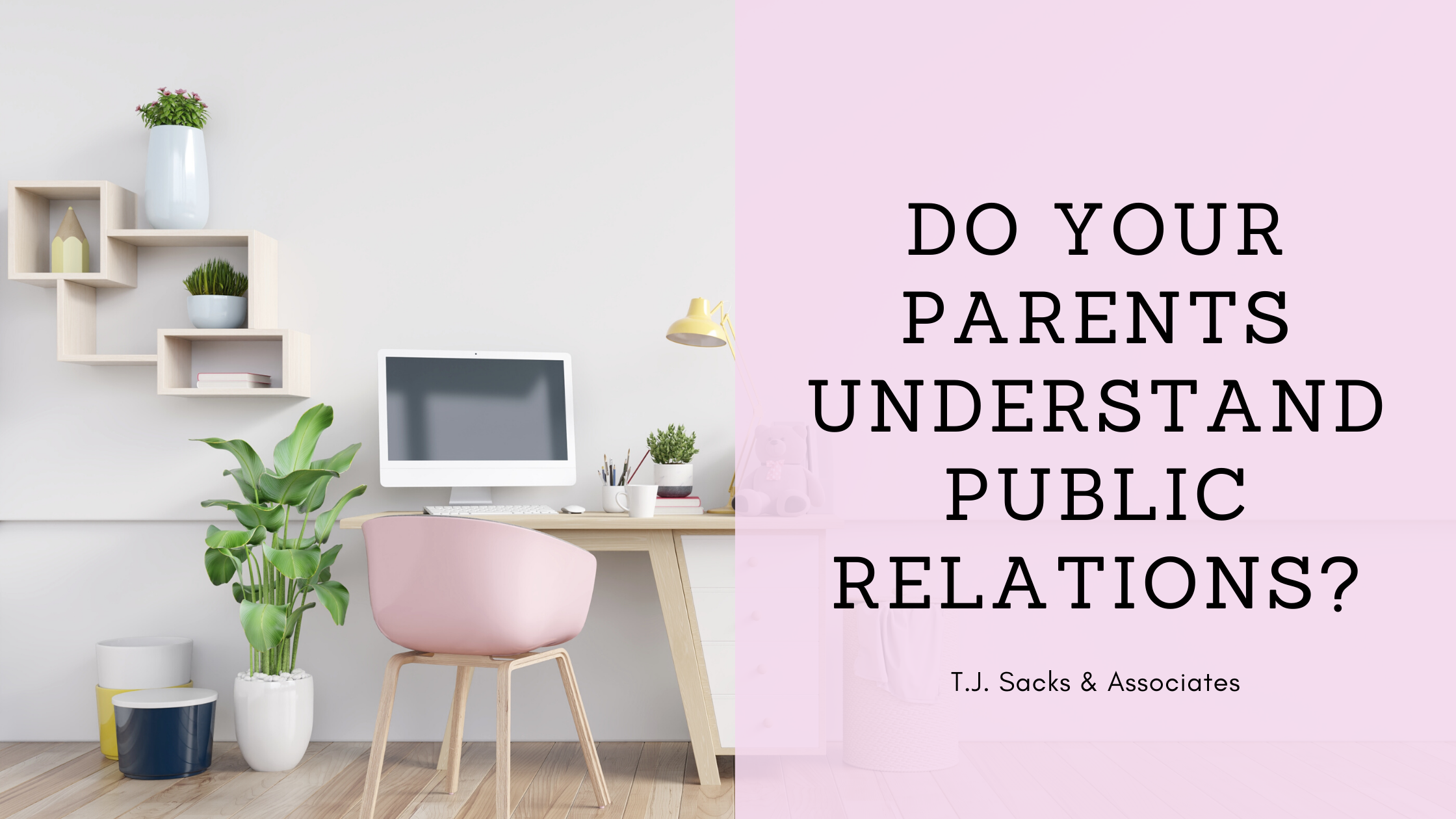 Do you parents know what you do for a living in the PR field?

So I had been working in public relations so about a year when my parents asked me, “What exactly is public relations? Is it like advertising?”  If your parents or spouse don’t understand the difference, don’t be surprised. A recent survey of 1000 PR pros found 72% of them say their parents don’t understand what PR is, and another 41% say their spouses don’t know either.

So, in an effort to try to educate my parents I drove down to Philadelphia and gave a full two-hour public relations presentation to both my parents and an uncle.  The case history revolved around a current client at the time, Mannington floorcovering.  I brought down sample pitch letters and media lists, explained the difference between earned media and paid-for media, and even went so far as to show them final media placements for the client in both magazines and newspapers.

Although I wasn’t surprised when they asked why my by-line didn’t appear in these content-driven articles that had been basically lifted from my press release, I felt confident as I drove back to New York that my family definitely had a much clearer understanding of the difference between earned content and paid-for advertising.

And then, about two weeks later, I got a letter from my dad.  The contents of the envelope contained a full-page, four-color ad of Mannington floorcovering appearing in the recent issue of Better Homes & Gardens magazine. Penned proudly at the top of the advertisement was a hand-written note from my dad proudly saying, “Great job! Love the work you did for your client.”  That night I called to thank him for his continued interest in my success. What more could I say?